Sometimes the barriers put up by intellectual property lawyers to protect their invention lead to innovation that results in the development of a better product by its competitors. This was the case with the carboxylated nanocellulose product now being produced by Anomera in Temiscaming, Quebec.

The term “nanocellulose” first appeared publicly in the 1980s in a patent application by Rayonier. Although Rayonier did not pursue commercialization of the product at that time, the product has now come full circle. Rayonier Advanced Materials made an initial investment in Anomera in 2017 and is now its largest stakeholder, with a 44% voting interest. 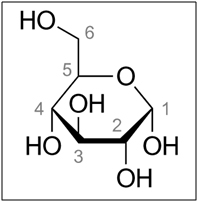 Anomera was founded in 2016 by a group of four scientists led by Professor Mark Andrews at McGill University in Montreal. The other three are still with Anomera – Nathan Hordy is VP Operations, Tim Morse is director of product development, and Monika Rak is lead research scientist. As recounted to me by Morse, the group was interested in developing applications for carboxylated nanocellulose, but was having trouble getting hold of a sample of nanocellulose made from kraft pulp using the sulphuric acid process without signing a complicated intellectual property agreement. They decided to try making their own instead.

The sulphuric acid method breaks down amorphous zones in cellulose to liberate cellulose nanocrystals with some of the carbons at the C6 position of cellulose’s glucopyranose rings (see diagram) having sulphate groups (­OSO3H) instead of ­OH. To make carboxylated nanocellulose, those sulphated carbons need to be converted into ­COOH groups. While trying various ways to achieve this, they discovered a much easier and more environmentally friendly process. By simply adding concentrated hydrogen peroxide to cellulose pulp and applying heat or ultraviolet light, they not only produced carboxylated nanocellulose in a single step, but the process is also less capital-intensive, lower in operating cost, and safer than the original process, and produces only water as a side product!

Andrews and Morse patented the process and registered DextraCel™ as the name of their product, and the newly-formed company began to plan how to fine-tune and scale up the manufacturing process. With help from several research grants, they took their research to Mississauga, Ontario, contracting lab space and pilot plant and engineering services from the Xerox Research Centre. After several years of development, a production facility, consisting mainly of a reactor, filtration and dispersion equipment and a spray dryer, was built at the site of Rayonier’s Temiscaming pulp mill and was started up in 2021. The plant has a nominal capacity of 250 tonnes per year, which should be enough to supply their first commercial client, Croda, an internationally renowned player in the cosmetics industry.

Croda had been interested in the product for several years, due to its potential as a natural biodegradable alternative for plastic and silica texturizing powders used in cosmetics and personal care products. A distribution and development agreement with Croda was signed in November of 2020. Croda plans to market the CNC product as ChromaPur™ microbeads, a “biodegradable texturizing powder” for cosmetics, with a product launch scheduled for Q2 of 2022. 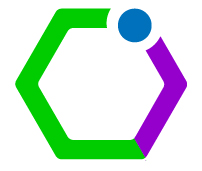 You may be wondering about the name and logo for Anomera. As a chemist and a lover of word puzzles, I had to ask Morse how they came up with it. If you look at the company logo pictured here, the hexagon represents the 3-dimensional shape of a sugar molecule, as shown by its structure in the previous image. The blue dot represents the carboxyl group C6 atom coming out of the hexagonal plane of the molecule and the purple line points to that carbon atom. Like many organic chemical compounds, this molecule can exist as two anomers, or mirror images, that have slightly different properties, determined by the position of the C6, known as the anomeric carbon. Hence “anomer” plus the letter “a” gives Anomera.

Anomera’s research continues, with other new products being developed not only for the cosmetics industry, but as an efficient vehicle for drug delivery and to improve the performance of concrete, among other possibilities. The company moved into new offices in downtown Montreal in early 2021, including its own applications lab, offices, and pilot plant. As of December 2021, the company had 32 full-time employees. 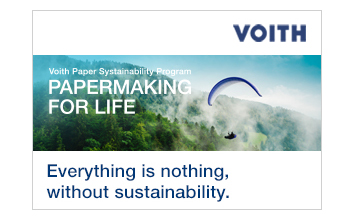 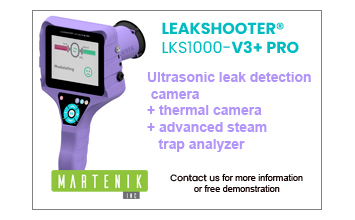