As a writer, I regularly compose articles for the Swedish pulp and paper magazine Svensk Papperstidning, as well as in-depth features focusing on the pulp and paper industry of specific countries.

The most recent of my efforts in this regard covered the German pulp and paper industry. Writing that particular article not only opened my eyes and taught me a number of things, it also made it quite obvious that I had a lot to learn about the country. From my MoDo and M-real days I was certainly aware that Germany was a big market for products from our mills, but I didn’t know for example, that Germany is the biggest producer of paper and board in Europe, or that it holds the title of the world’s biggest exporter and importer of paper and board products. And so, what follows is a summary of what I learned about Germany’s pulp and paper industry, and perhaps some of it will be as surprising to you, as it was to me!

While it is well established and understood that Canada, Finland and Sweden are paper and pulp producing countries, what is less known is that Germany, as a paper producing nation, outnumbers Canada’s and Sweden’s annual production output combined. In 2018, Germany churned out 22.7 million tonnes of paper and board, fourth in the world after China, the U.S. and Japan. The country is also the world’s biggest exporter and importer of paper and board products. The total turnover 2018 was 15.5 billion euro and the number of employees working in Germany’s paper and board industry totaled 40,550. 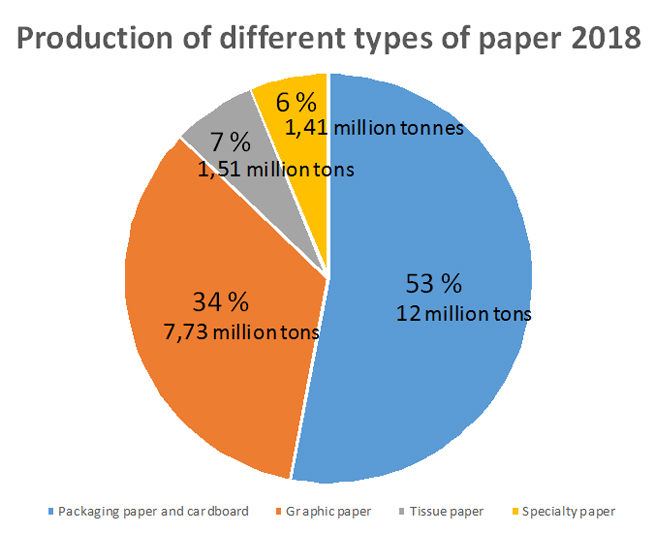 The first German paper mill was established outside Nuremberg in 1390, but just two hundred years later the country was home 190 of them. All of the paper mills at the time used rag, which gradually became a limiting factor, particularly as the effects of Gutenberg’s book printing invention started to spread. In 1845 the patent for Friedrich Gottlob Keller’s invention of groundwood pulping based on wood was approved, and this paved the way for a transformative new source of raw material for the industry.

German chemist Carl F. Dahl invented the sulphate process in 1884, but funnily enough, the first German sulphate pulp mill, Mercer Rosenthal, did not start production until more than one hundred years later, in 1999. In 2004 a second NBSK mill, Stendal, also owned by Mercer, came online. The total capacity of these mills exceeds one million tonnes.

Germany’s paper industry continued to expand; by 1900 a total of 1,300 paper and board mills dotted the country. Today, however, the country is home to a much smaller number of facilities, 157, from small very specialized mills like Gmund, to the likes of UPM Nordland, which produces more than 1.3 million tonnes of coated and uncoated graphical papers per year. 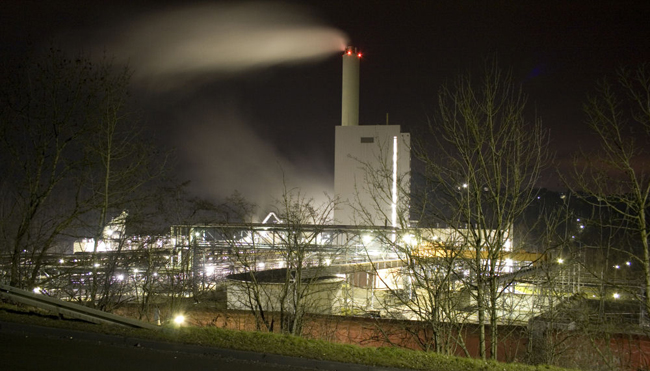 In Rosenthal 360,000 of NBSK pulp is produced. Photo: Mercer Rosenthal. 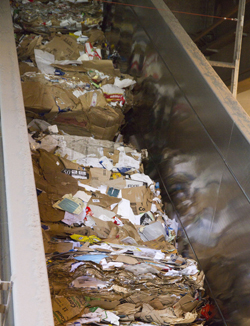 Almost all German production of corrugated material is based on recycled paper. Photo: Verband Deutscher Papierfabriken.Unlike in Swedish and Finnish paper and board mills, in Germany the dominant source of raw material is recycled paper and packaging. In 2017, the industry consumed roughly 17.1 million tonnes of recycled paper; 15.2 million tonnes of this was domestically collected and translates to approximately 75 % of the fibre need in German mills. The domestic production of virgin pulp is limited to two non-integrated sulphate pulp mills, four integrated sulphite pulp mills and six integrated mechanical pulp mills. The total wood consumption by these pulp mills in 2017 was 9.7 million m3 solid under bark. To meet Germany’s total need for chemical pulp, however, some 3.5 million tonnes (of mostly sulphate) pulp is imported.

Similar to other countries, Germany’s production of graphical papers is falling off. Last year the country produced just 7.73 million tonnes. The recently announced closure of a paper machine for 155,000 tonnes of coated mechanical paper at the UPM Plattling mill in southern Germany was just one example of how this market is constricting. On the other hand, however, production of packaging papers is increasing, marking 12 million tonnes last year and accounting for a whopping 53 % of Germany’s total paper production.
The majority of German packaging paper production is liner and fluting, based on recycled fibres for corrugating board. The two remaining product groups are hygiene papers (1.51 million tonnes) and specialities (1.41 million tonnes).

All in the family 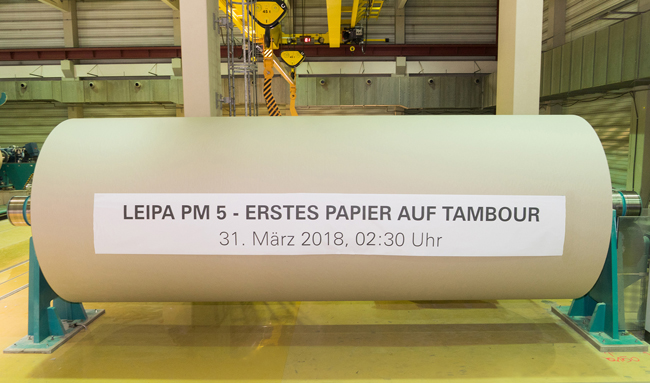 31 March 2018 - the rebuilt machine in Schwedt for production of white top testliner was taken into operation. Photo: LEIPA

Heavy investments in material for corrugated board

Similar to the approach of many other countries, Germany has rebuilt many of its newsprint machines to produce corrugated medium, or when a retrofit was not possible, machines have simply shut down. Leipa, with its 2016 purchase of UPM’s Schwedt mill, rebuilt a paper machine for graphical paper, which now produces uncoated and coated white top testliner. The mill boasts a capacity of 700,000 tonnes of uncoated and coated white top testliner on two paper machines. Palm Papier is currently in the throes of a total makeover of its mill in Neukochen, and has earmarked 500 million euros for investment in a 750,000 tonnes machine for corrugating material. The machine will replace three old machines, one of which one a 90,000 tonnes newsprint machine.

Hamburger Rieger has committed 370 million euro in Spremberg to a 500,000 tonnes paper machine that produces white and brown testliner, which will be ready in 2020. Combined, these investments suggest that within just a few years, Germany’s production of recycled based liners and flutings will increase by 1.7 million tonnes (or more, if other mills begin to follow suit).
Overall, Germany’s position as the number four paper and board producer in the world looks like it will hold, and not be seriously threatened for many years to come.

Note: All data for this article was obtained from “Papier 2018”, the Annual Report from Verband Deutscher Papierfabriken, and company websites.