Sustainability has been embedded in the DNA of Cascades since it was formed in 1964 by Antonio Lemaire and two of his three sons, Bernard and Laurent. The third son, Alain, joined the business in 1967.

Cascades’ sustainability roots go back even farther, with the paper recycling business Antonio started, long before the principle of recycling and the concept of circular economy were in vogue. In fact, it could be said that recycling had negative connotations in the late 1950s, that the products made were somehow inferior.

Over the years, the vision of the founders has proved its worth. Now, Cascades has just released its fourth Sustainability Action Plan (SAP), under the theme Driving Positive Change, covering the years 2021-2025.

The plan is based on four pillars: Respectful of the planet; Solutions-driven; Community minded; and, People focused.

Interestingly, there are 15 defined targets for the plan, which shows how far the principles of sustainability have evolved. Years ago, when sustainability first became an issue that pulp and paper producers needed to address, for many it just meant reforestation. 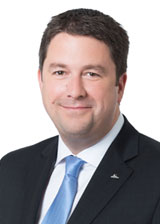 Hugo D’Amours, VP, communications, public affairs and sustainabilityCascades has not devised its targets by itself. Its vice president, communications, public affairs and sustainability, Hugo D’Amours, explains that the company has aligned with the sustainable development goals of the United Nations and with the recommendations of the Science Based Targets initiatives (SBTi).

SBTi grew out of the Paris Accord on climate change. There was an effort to define targets for various industries to reach to achieve their goals that would limit global warming to well-below 2oC above pre-industrial levels, pursuing efforts to limit warning to 1.5 oC.. More than 1,500 corporations worldwide subscribe to SBTi.

D’Amours says, “SBTi asks you to benchmark yourself on a recent year. Our target is aggressive because it is based on our 2019 results.”

Why these most recent targets? “Because it is the right thing to do,” D’Amours responds. “SBTi uses aggressive international science-based methodology which is why we adopted them.”

Cascades based its targets on projects being done across the company. “The SAP was built on the extensive groundwork done with the company’s business units.

As D’Amours points out, the SAP targets are not just about Cascades’ mills and their environmental effects. They go far beyond that to include community involvement, employee health and safety and an issue much in the news: equity, inclusion and diversity.

D’Amours explains that the Scopes 1, 2 and 3 refer to the source of the emissions. Scope 1 are direct emissions from company facilities or vehicles. Scope 2 is energy-related, focused more on purchased electricity or steam. Scope 3 takes in the entire supply chain, for example, purchased goods and services. This is upstream and downstream, e.g., transportation and distribution, and end-of-life treatment of sold products.

“All three scopes give a much better picture of emissions a company is responsible for,” D’Amours adds, “and, therefore, a better opportunity to reduce these emissions. Using SBTi means you have to commit to all three scopes.”

As noted, there is a strong social aspect to the company’s SAP. By 2025, there is a target of 15,000 hr/yr of community involvement by the employees.

On the job, by 2025, the goal is to reduce the numbers of days lost due to work-related accidents by 50% compared with 2019 levels.

By 2025, all employees, permanent and part time, will have been trained on unconscious biases.

When asked about the use of bio-diesel for Cascades fleet of vehicles, D’Amours says the company has done trials, but is now looking at electrification as the preferred option. “We will see some electric trucks. We are also working with carriers that are Smart Way certified to ensure our carriers have the lowest carbon footprint possible.”

Logistics and transport are key areas for Cascades, D’Amours emphasizes. “We want to optimize our logistics. We are looking to reduce the number of empty trucks on the road. We are using AI to help us.”

The company has also helped subsidize employees’ purchases of personal electric cars. More than 200 employees have already taken advantage of the offer.

As this is the fourth SAP and with most if not all of the “low hanging fruit” picked, does it become more difficult to achieve objectives

D’Amours says yes but adds that there is always room for improvement. “Although our targets may seem ambitious, we are confident. People look at our targets, but also at our track record and ours speaks for itself. There is still more we believe we can do. We think our 5-year plan will strengthen our leadership position.”

To ensure all is being done to meet the ambitious targets Cascades has set for itself, D’Amours says has re-engineered the governance to focus on key performance indicators (KPI) and work more closely with its operations personnel. “Each target is based on an action plan and projects we have identified.”

Sometimes, forces outside the norm can determine if a goal is achieved or not, D’Amours adds that not all past targets have ben met, which is one reason for the new emphasis on governance. But, of course, the COVID pandemic had a role. For example, D’Amours cites a new electric boiler being installed at Cascades’ Cabano, QC, mill. Because provincial and international borders were closed, technicians could not travel to the mill, delaying the project.

D’Amours does add that papermaking was considered an essential service during COVID lockdowns, so the employees took great pride in being considered essential workers. And, D’Amours says there has always been great buy-in from the employees for the action plans that have been instituted over the years. He again mentions the electric car subsidy plan as evidence of the employees’ willingness to do their part.

Having a philosophy strongly based on sustainability can help in attracting young talent with the Millennial, X and Y generations’ focus on things besides the bottom line.

In conclusion, D’Amours says he is proud of the company’s strategy and the hard work behind it. “There is a strong alignment internally, but it also aligns with our customer requests. We have had a lot of good feedback from our clients. But, overall, these are things we have been doing forever.” 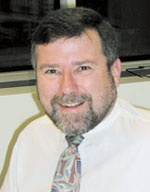 Graeme Rodden has covered the pulp and paper industry for more than 40 years, including serving as editor of several well-known paper industry magazines.